No Holds Barred: Is 2017 the Year of Anthony Joshua? 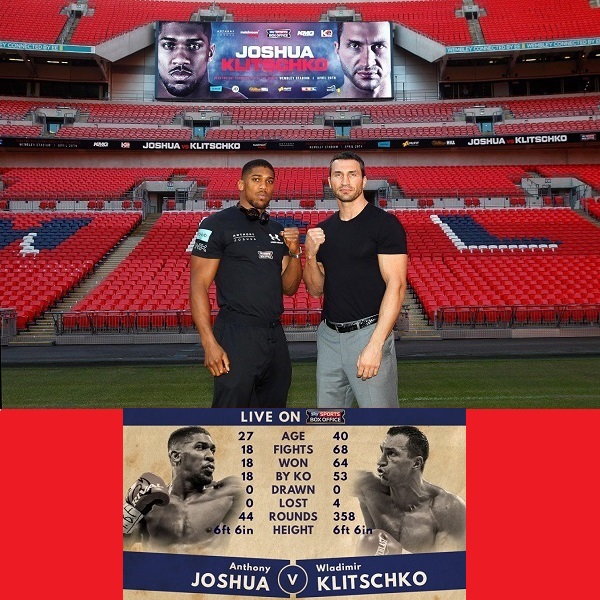 No Holds Barred: Is 2017 the Year of Anthony Joshua?

On this edition of No Holds Barred, host Eddie Goldman discusses whether 2017 will be the year that IBF heavyweight champ Anthony Joshua (18-0, 18 KOs) becomes the most popular boxer in the world and the best known since Muhammad Ali. Joshua's next fight is April 29 against former champion Wladimir Klitschko, at London's historic Wembley Stadium. We also discuss some parallels between Joshua's rise to prominence and Muhammad Ali's, the anti-Muslim bigotry Joshua has faced, Joshua's international appeal, whether he can restore boxing's heavyweight championship to being the most prestigious title in all of sports, how 2016 was a breakthrough year for Joshua, what we can expect from the Joshua-Klitschko fight, and much more.

(Photo of Anthony Joshua and Wladimir Klitschko at Wembley Stadium by Lawrence Lustig.)

No Holds Barred is sponsored by:

Skullz Double-End Bags, the perfect bag for your combat sports training. Skullz Double-End Bags provide a realistic striking target, and help improve timing, distance, and hand and eye coordination. Hang it and hit it right out of the box! No pump required. For more information, go to SkullzDeBags.com.

USA Combat Wrestling, the official U.S. governing body for combat wrestling and U.S. delegate of the International Combat Wrestling Federation (FICW), which was founded by the legendary wrestler Noriaki Kiguchi of Japan. For more information, go to CombatWrestling.us.